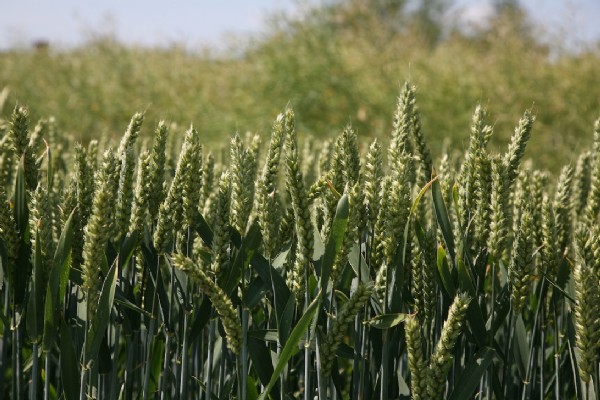 Arable farming is more profitable with grass leys in the rotation. So says Dr Lindsay Easson of the Agricultural Research Institute of Northern Ireland.

In Northern Ireland arable farming may form only a small proportion of our agricultural industry, but those who practise it take a professional approach and have learned to live with both its advantages and disadvantages. Northern Ireland’s high rainfall leaves shorter sowing and harvesting windows. Other disadvantages for our arable farmers are the limited range of viable break crops, small fields and fewer markets for quality grain.

On the other hand cereal prices in Northern Ireland are generally £10 to £15 per tonne higher than on mainland Britain, as we are a deficit area for grain, and the price reflects the British price plus the cost of shipping. Other advantages, which are also related to the higher proportion of animal based enterprises, are the high value of straw, the availability of animal manures and the ability to include grass breaks within arable rotations.

Grass Breaks?
Incorporating grass breaks into arable rotations is not, however, without its difficulties. Farmers with beef, or more particularly dairy, enterprises may wish to keep their grass close to the yard leaving their arable crops to the more distant fields. Much arable land in Northern Ireland is rented on an annual basis as ‘conacre’ thus reducing the options for rotation. Furthermore, the cost of ploughing and re-seeding may seem prohibitive, particularly if carried out after only three or four years, rather than the normal life expectancy of, say, 10 years for an intensively managed grass sward. A typical reseed costs about £240 per hectare to plough, cultivate and sow which, spread over ten years is £24 per annum. If this grass is ploughed up after only four years, will the increased yields expected from the following arable crops more than repay the £144 still to be recovered?

This question has been addressed in a nine year research project which is now coming to its conclusion at the Agricultural Research Institute of Northern Ireland, Hillsborough, Co Down. A six year arable rotation, with oilseed rape and potatoes as break crops, has been compared with a four year arable rotation with a two year grass break (see Table 1 below).

In Tables 2 and 3 the yield and gross margin differences between the crops of potatoes, winter wheat and barley grown in the two rotations are compared. The yield of potatoes in the first year was the same in both rotations where full inputs of fertiliser and agro-chemicals were used, but where reduced input strategies for either fertiliser or herbicide were adopted the potatoes after grass were higher yielding. Fertiliser application to the potatoes in the arable/grass rotation was adjusted downwards to allow for the higher fertility thus explaining why the yields were the same in both rotations with full rate inputs. However, where reduced rate fertilisers were applied, or none in the minimum inputs treatment, the higher fertility in the arable grass rotation resulted in very much higher yields compared with the equivalent treatment following barley in the arable rotation.

Grass Brings Benefits
The benefits following the grass break were not found just with the soil fertility but also with the weed burden in the crop which was lower following the grass break. Under the dry spring conditions in 1995 the soil acting herbicide gave adequate weed control. The higher weed numbers which were present in the potatoes in the arable rotation resulted in a significantly greater problem than in the potatoes following grass in the grass/arable rotation.

Detailed studies have been carried out of the increased mineralisation of N from the soil over three years. The two year grass ley increased the release of soil N by about 60/kg/ha over the first growing season following ploughing, falling to 25kg/ha by the third season. Whether the ley was managed intensively with three silage cuts, or less intensively with one silage cut followed by sheep grazing, did not appear to significantly alter the mineralization of N from the ploughed ground over the following three seasons.

In the third season, 1997, spring barley was grown in the arable/grass rotation and winter barley in the arable rotation and these crops received 110kg N/ha and 150kg N/ha respectively in the full-rate N treatments. In spite of the higher yield potential of winter barley it was the spring barley which gave the higher yields (>20%) and this is likely to have been due to the continuing effects of the grass two years earlier, and also the cow slurry applications which were made prior to sowing the 1997 barley.

It is estimated that average cattle slurry dressings of 50t/ha if incorporated can contribute about 60kgN/ha, but only about 35kg/ha if incorporation is delayed. In this study ploughing was generally carried out the next day so that the lower amount would have been contributed to the crop along with phosphate and potash of about 30 and 120kg/ha respectively. The total fertiliser value of the slurry would therefore be over £30/ha, which would have risen to £41/ha with rapid incorporation.

Improved Margins
When the improvements in gross margin (Table 3) are added together over the three years following the grass break it can be seen that with full rate inouts there was a £250 advantage in the crops following grass, which more than recouped the additional £144 costs from the shorter life of the ley. The advantage was even greater where the use of reduced inputs of fertiliser, herbicide and fungicide are considered. It should be borne in mind, however, the comparisons being made are between equivalent treatments in both rotations. In none of the crops did the treatments receiving half-rate fertiliser gave greater yields or gross margins than with the full-rate fertiliser. What the results do clearly show is that where reduced input strategies are being adopted then maintaining the fertility and reducing weed and seed burdens through the use of grass leys in the rotation could make a very significant contribution to maintaining yields and profitability.

Furthermore, where arable crops are being grown without the use of reduced fertiliser or agro-chemical inputs the improved yields of crops in the years following even the relatively short ley of only two years used in the experiment are likely to more than repay the additional costs of reseeding.

Conclusions
In the current economic climate facing arable farmers with lower crop prices and tighter profit margins the benefits of using rotation to greater advantage are likely to increase. Using grass breaks does, of course assume, that the grass itself can be used profitably. However, where mixed farming is already being practised, as in many of Northern Ireland’s farms, ignoring the possible role of short grass breaks within arable rotations will mean that an opportunity to maintain or even improve profitability while reducing the need for inputs is being squandered.