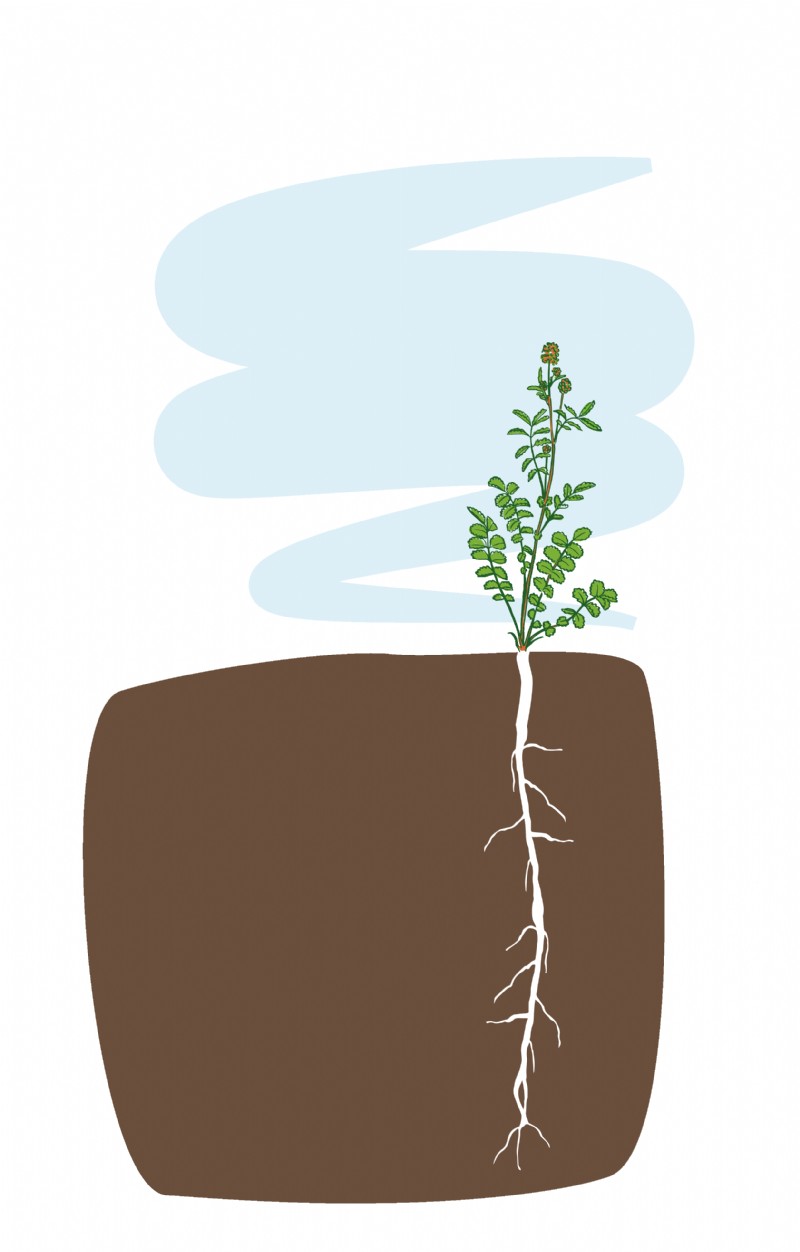 Burnet is a forage herb, It is noted for having deep tap roots, which helps it remain green on thin, dry soils. It is also early to grow in the spring, contributing to forage in late March to April.

Generally used as a constituent of diverse grazing swards, to improve drought tolerance and mineral content.

This is a perennial species, although it can disappear from a sward if over grazed during its establishment stage.

Burnet is commonly mixed with sheep's parsley, yarrow and ribgrass to increase diversity and lift trace elements from deep within the soil profile. It has a high grazing quality and a long season. It is not advised to be sown as a pure stand, but is a healthy addition to grazing pastures.

Not normally sown as a pure stand.

One of the larger forage herb seeds, so a robust inclusion is needed in mixtures to transfer to a sufficient amount of plants in the field.

It can be sown from spring until autumn, although late autumn sowing is not recommended.

Over grazing when young, or excessive grazing during establishment may reduce the plant population.

Seed
An oval shaped, angular seed, with 4 obvious raised fins, running along its length from end to end. It is a fawn to light brown colour, with an obvious rough textured surface. Generally the largest forage herb seed, its 3 - 4mm in length.

Flowers from June to September.

Commonly mixed with sheep's parsley, yarrow and ribgrass as a herbs addition to grass mixtures.

You can find Burnet in the following mixtures

Noted in the 1700s, when grazed by dairy cows it enhanced the flavour of both butter and cheese.

Overseeding is ideal if grass is tired or if a pasture has lost its vigour and needs rejuvenating, and is also a way ...

Over seeding is a simple, effective and low cost way to improve worn leys or old pasture without ploughing and ...

Bloat – A new approach to an old problem

Ruminal tympany, commonly known as bloat, is a digestive disorder of ruminants that occurs when the gas produced during ...