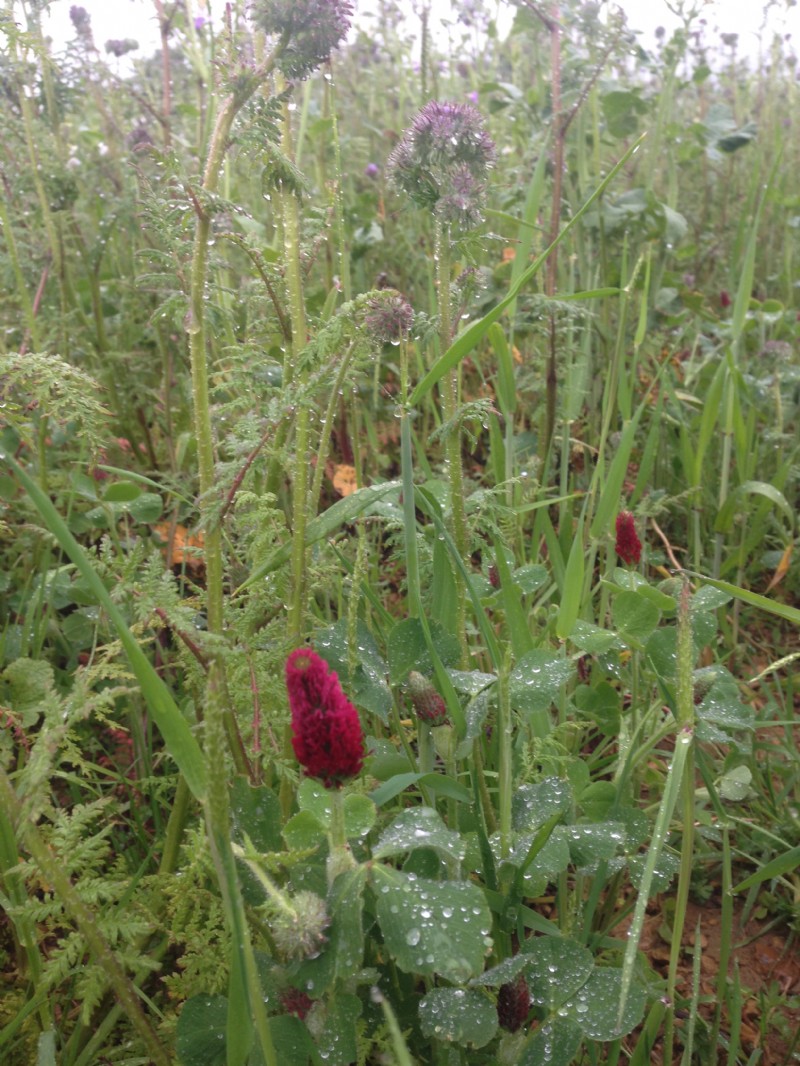 The rewards available through the Countryside Stewardship Schemes are becoming increasingly attractive to farmers and growers throughout the UK, especially since the introduction of the new simplified offers from January 2018 onwards.

Some of the options provide habitats for pollinators and beneficial insects, such as the sowing of Flower Rich Margins (AB8) and the Legume & Herb Rich Sward (GS4), while others provide food sources for farmland birds, like the (AB9) Wild Bird Seed Mixtures.

The mixtures generally combine a range of seeds, including grasses, wild flowers and forage herbs, along with brassicas, millets and some cereals in the wild bird food mixtures.

These seeds can be less robust during establishment than the cereal and ryegrass seeds that growers will often be more familiar with, which means attention to detail is key to get the mixtures established as reliably as possible, to ensure they fulfill the criteria for the scheme.

Below are several key considerations to bear in mind when preparing and sowing these mixtures.

Weedy areas, especially those with tricky to control perennials like creeping thistles and docks, should be dealt with before sowing, through stale seed beds techniques.

Ideally areas should be prepared several months in advance, to encourage and control several flushes of weeds, before sowing.

Once sown, perennial broadleaf weeds can be difficult to control, however repeated cutting in the first year will deal with annual weeds, such as Charlock or Fat Hen and encourage the sown species to tiller out and fill up spaces in the sward.

As the seeds in this mixture are particularly small, they should be sown no deeper than 1cm, if possible broadcasting onto the surface of a fine, prepared seedbed which can reduce the risk of seeds being sown too deep.

If land has been ploughed and power harrowed, it may be left unconsolidated and ‘fluffy’. This should be firmed up before sowing with a Cambridge roll, as these small seeds do not establish well in spongy, cloddy seed beds.

Roll well after sowing, especially if growing on dry soils, to lock in moisture. Rolling twice can help ensure a firm seedbed, especially when using a lighter set of Cambridge rolls, rather than a flat roll.

Stale seed bed weed control should be carried out on the ground before sowing, as this is a mixture of grasses and broadleaf species, leaving little chemical control once established.

This mixture needs a fine but firm seedbed, so roll before sowing, especially if the ground has been left spongy and unconsolidated - often an issue if it has been prepared by ploughing and power harrowing.

This seed contains a variety of very small seeds which are sensitive to being sown too deeply so the mix should either be very shallow drilled (no more than 1cm) or broadcast with a pelleter or harrow and seed box.

Be wary of aggressive cereal drills or direct drills as they can place the seed too deep, if set up incorrectly.

This mixture contains both broad leaf and cereal species, as well as annuals and perennials. This means that as much weed control should be carried out before sowing as possible, to reduce the weed burden.

Avoid sowing late in the autumn which can dramatically slow establishment. Aim for late august to early september sowing.

This mixture has a range of seed sizes and care should be taken to ensure the less robust wild flower and legume species are not sown too deeply.

This mixture is one of the more robust, quicker to establish Countryside Stewardship options, due to the inclusion of perennial ryegrass.

However aim to establish this mixture as soon as possible after harvest, from late August to early September. Late September sowings are not recommended, due to the legume contents of the mixture.

The ryegrass, red clover and vetch should be competitive against weeds and following the cutting advice in the management guidelines should reduce the likelihood of black-grass plants seeding, especially on arable ground.

This option includes both a one year and a two year mixture. The biennial Kale is the main species which will last for the two year duration, usually remaining leafy in the first year and producing yellow flowers in early spring in year two.

The One Year Winter bird Food should be shallow drilled and well rolled onto a pre-prepared seed-bed. One of the useful attributes of the annual mixture is that the area can be cleaned up between sowings from one year to the next.

The two year mixture does not need to be re-established each year, however it should be avoided on sites with a high weed pressure, as weeds will seed from year one to two.

The two year mixtures may have a high cereal content and if this is the case the cereals and small seeds may be supplied separately. The cereal seeds can be drilled and the small seeds broadcast onto the surface, with the area well rolled to consolidate.

One way to satisfy the Environmental Focus Area criteria is to grow either Cover Crops or Catch Crops. These options require the crop to be sown and left in the ground of a specific time period. There are also guidelines concerning which species can be included in the mixture.

Catch Crops - Must be maintained for a minimum of 8 weeks, from 20th August to 14th October.

Cover Crops - Must be sown from 1st October to 15th January

The mixture must be made up from at least 1 cereal and one non cereal, please see the list below.

We have put together a EFA Base Mixture, which is designed to simply satisfy the Greening criteria, however It can also be tailored to each specific farming system. For example farmers growing OSR may wish to leave other brassicas (mustard & radish) out of the cover crop mixtures. Similarly those wishing to plant a winter hardy cover crop, to produce early spring grazing opportunities, or to keep the soil covered all winter, may add in vetches as part of the mixture, or utilise winter cereals over spring cereals.

If rooting and soil structure improvement is an aim, oil radish and vetches would be a useful element of the mixture.

Is Summer too late to sow wild bird seed mixtures?