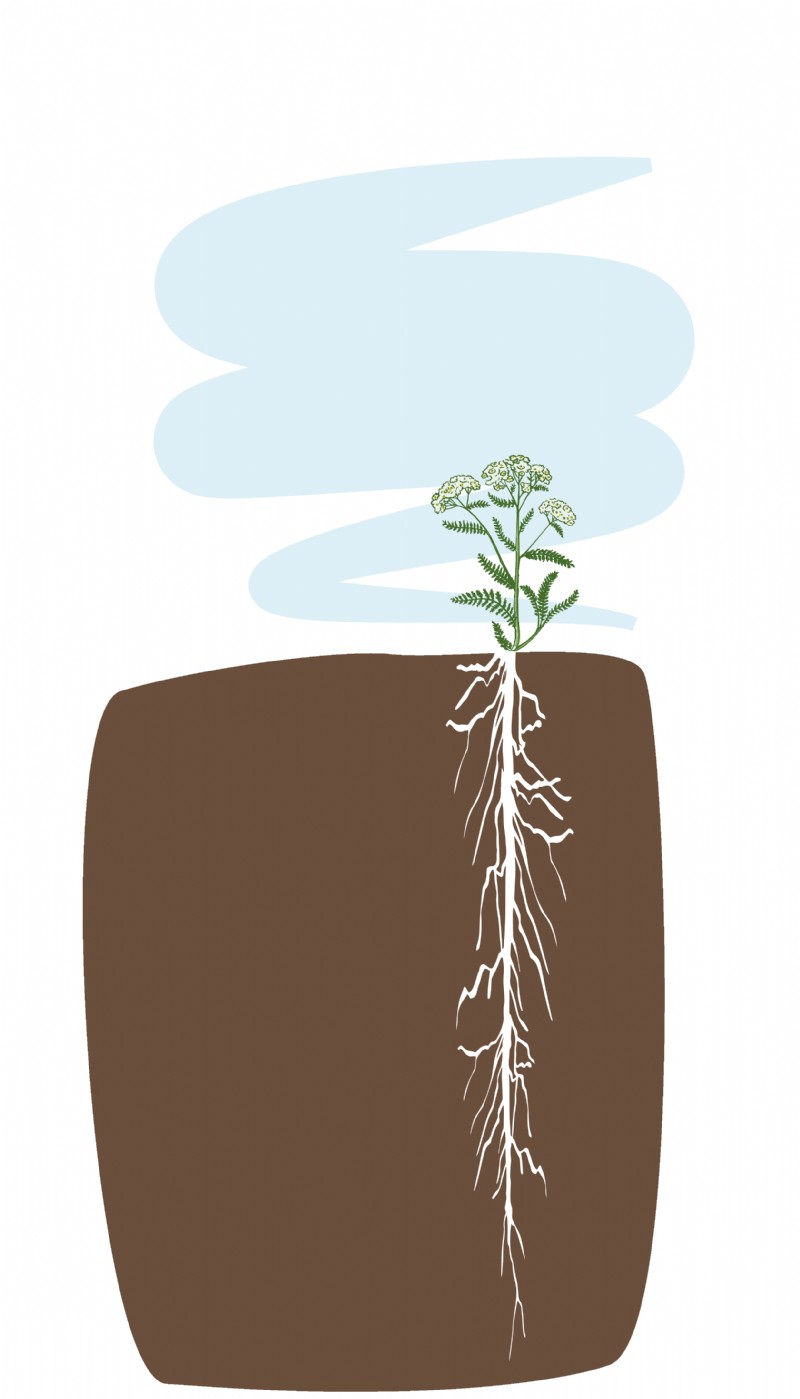 Yarrow is a small seeded forage herb which is commonly mixed with sheep's parsley, burnet and ribgrass to increase diversity and lift trace elements from deep within the soil profile, as a specific herbs mixture, or part of a diverse grass ley. It has been noted to improve circulation and blood flow in livestock.

Used as part of a diverse grazing sward.

It has been noted for many years as benefitting the health of livestock. It also has a deep root system which helps it stay green in drought conditions.

Not usually sown as a pure stand.

This is a particularly minute seed, so a low inclusion in mixtures is necessary.

Sow from April to Late August.

Caution should be exercised when sowing this species as the seeds are very small (millions of seeds per kg) and yarrow can be quite invasive if not managed or grazed regularly.

Seed
A very small seed, almost flat seed. It is oblong and slightly wider at one end, tapering to a blunt point. It has a silver colour, with a white outer margin running around the edge of seed. It has a shiny surface texture. The seed is less than 1mm in length.

Flowering Plant
A upright and sturdy plant, rich green in colour and sometimes downy. The leaves are feathery and very finely divided. The umbel shaped flower heads are most commonly white, but also sometimes pink in colour. It has a slightly stoloniferous, creeping base and several deep taproots.

Flowers from May to July.

Yarrow is a small seeded forage herb which is commonly mixed with plantain, sheep's parsley, burnet and ribgrass in a complex herbal ley. Yarrow's deep roots lift trace elements from deep within the soil profile, pulling them up from depth and making them available to the grazing animal.

You can find Yarrow in the following mixtures

This wildlife friendly farm has adopted a very long term approach to its soils. Caroline Corsie, a trained agronomist, ...

At spring approaches, we are asked most often is: when is the best time to plant grass leys?  Here is a brief run ...

When an old ley becomes tired and it’s time to plough up and reseed to improve productivity, several well known ...