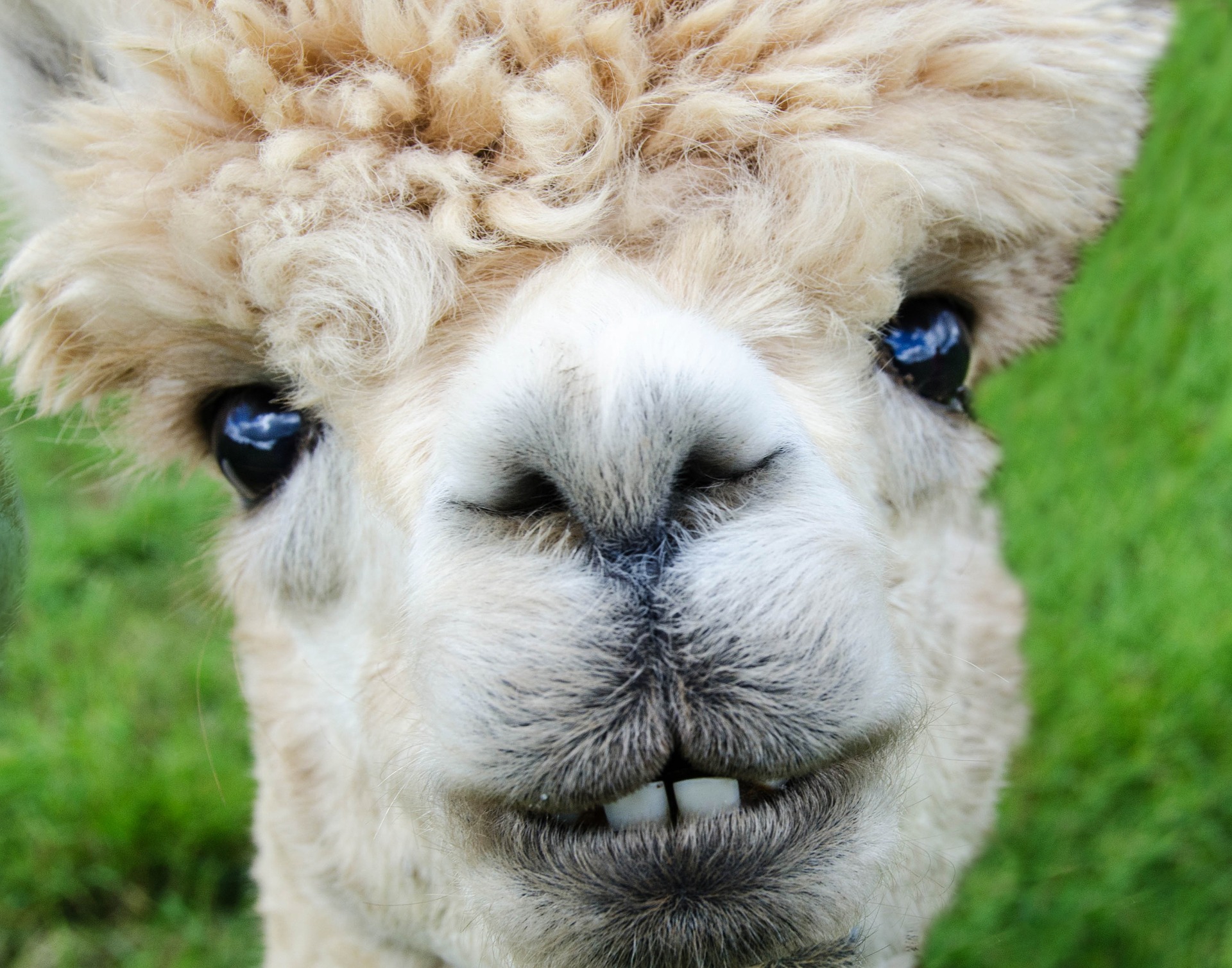 The key to successful over-seeding is to reduce the competition from the existing sward as much as possible, before introducing the new seeds. Sowing in warm conditions, just before rain or damp weather, will encourage the new seeds to germinate quickly.

When to Sow: Over-seeding can be carried out during early to mid spring. Late spring and early summer sowings should be avoided as this will coincide with aggressive grass growth from the existing pasture. Alternatively, over-seed in the autumn, from late-August to mid- September, when the existing grass is slowing down.

Sowing Rate: We advise an over-seeding rate of 10 kgs per acre. This is a robust rate which takes into account that it’s not a complete reseed, but that new seeds are being sown into an existing sward which needs to be improved.

Seed Mixtures: For Alpaca paddocks we would avoid using a ryegrass based mixture, instead we would opt for the more traditional meadow grasses as ryegrass can have an affect on Alpacas fleeces causing it to coarsen because of the high sugar levels it contains. However the preparation before over-seeding becomes even more key because these species are less aggressive so compete less with the existing grass sward, this old sward must be reduced significantly to give these traditional species a chance to establish.

Preparation: Graze or cut hard & harrow the existing sward vigorously before sowing in order to reduce competition and open up new space and soil for the new seeds. Several passes with the harrows at slightly different angles may be necessary.

When sowing the new seeds, be wary of sowing too deeply with aggressive direct drills - Sowing small seeds too deeply, is the number one cause of poor establishment! Alternatively, broadcast the seed, followed by an additional harrow.

After sowing, roll the area or tread in with the Alpacas to lock in moisture and create good seed to soil contact. Animals can be left on the area for 3-4 days after sowing to further keep on top of the old sward (soil conditions allowing) but must be removed before the new seeds germinate.

Before reintroducing stock, carry out the ‘pluck or rip test’. If you can pull up the new seedlings by the roots, allow seedlings further time to establish better root anchorage. The interval between sowing and leaving the new seeds to establish will normally be 6 - 8 weeks. When the new seeds are sufficiently established, graze lightly for several days, before removing the animals and allowing the area to recover for 3 - 4 weeks.

Resume normal grazing after this period, managing the grazing by splitting larger fields into paddocks and rotational grazing. Fencing off and resting recently grazed areas rested will help the grass recover more quickly. Do not fertilise areas that have been over-seeded for at least 6 weeks after sowing. Applying fertiliser immediately after over-seeding will only benefit the existing sward and may cause that grass to smother out the newly emerging seeds.