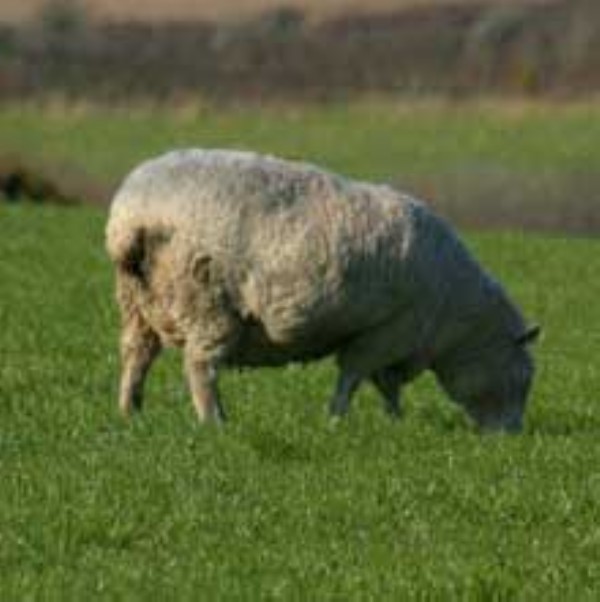 Dick Roper is the farm manager at Broadfield Farm partnership, a traditional mixed farm in the Cotswolds. He is known to many for his sheepdog handling skills. With over 2400 acres at his disposal, Dick decided to convert his livestock enterprise to organic. This has bought a change of forage policy and the need to establish white clover into existing pasture which will form the basis of his forage production.

Currently, 470 beef and 1300 breeding ewes are being managed on permanent pasture, maize and stubble turnip. The 1080 acres of permanent grass includes some acreage which is managed under the ‘Ancient Parkland Stewardship Scheme’ where clover is not encouraged. This means that the ‘non schemed’ grassland has to work hard to sustain the stock. “The maize and turnips are not compatible with my organic cropping plans, so will not be grown in future”, says Dick. “I intend to use white clover in permanent pasture as a nitrogen fixer and protein source for grazing, as well as red clover leys for conservation.”

Over-seeding clover
During 1998, Dick started a programme of over-seeding white clover into his permanent pasture, the results of which will be of interest to anyone looking to do the same. Nearly 300 acres were over-seeded in three different ways. Management before and after proved critical to the success of the white clover. The first block of very old pasture was heavily grazed with sheep before seeding in early June. About 10 dry ewe lambs per acre were grazing before the white clover seed was spun on . A sowing rate of 2 kgs per acre was used, the seed being bulked up with half cwt of nitrogen fertiliser to make sufficient quantity to spread. A chain harrow followed and the whole area was rolled. ‘Initially the take of clover was brilliant’, says Dick, ‘The clover was visible within 5 days, but the grass regrowth was so fast that the clover became spindly. I decided to put some sucklers on to graze but unfortunately it was to late and the clover had been overwhelmed by the grass which had reached about 5” high’.

Not by design, but by accident Roper had more success with the next block. At the end of June, cows, calves and a bull had been tightly grazing permanent pasture. The cattle stayed in the field while the same over-seeding operation was carried out. ‘Initially, I was concerned that they were grazing too tight, but with hindsight this proved to me that grazing cattle after sowing is better than grazing with sheep as they keep the grass in check without over grazing the emerging clover’, said Dick. ‘Without doubt, this method was the best.’

Roper also tried a further block in July but has difficulty in getting the grass grazed tightly enough before sowing. Again the same seeding technique was used and this time sheep were employed to graze afterwards. Initially the sward was too proud, so the clover take was reasonable but not as good as the second block.

In conclusion, Dick Roper has learnt through experience the balancing act of over-seeding clover. He believes that when establishing clover in permanent pasture the golden rules are: