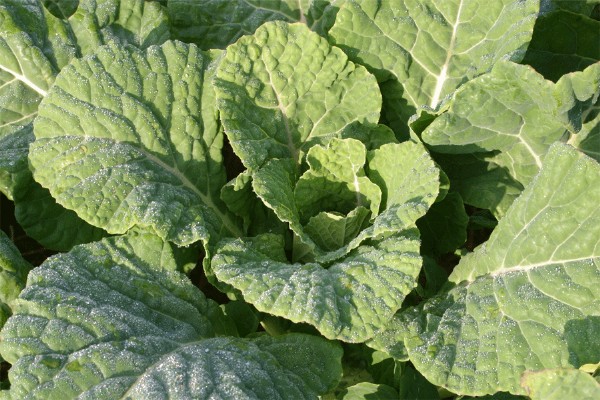 Kale, turnips, swede and forage rape can provide a late summer supplement to grass in a dry season, extended grazing over autumn and winter months, or winter feed for animals kept out or housed..

Once the grass runs out in terms of volume and feed value, sheep and cattle can be successfully grazed on these catch crops. They are especially good for finishing late lambs, along with a supplementary feed of rolled barley or oats. A mixture of stubble turnips and forage rape, for example, provides a complimentary combination of yield, feed quality and winter hardiness which is important for late feeding. This crop is cheap to grow with seed costing from around £7 per acre. All root crops demand reasonable levels of nitrogen which is usually applied at 70kg per hectare, unless grass is the preceding crop in which case some nitrogen will be released as the old turf breaks down.

Root crops are simple to grow but they are occasionally attacked by flea beetles which can be controlled by either seed treatment or spraying.

Stubble turnips are the most widely grown root crop for grazing. They are either sown in spring or directly after a harvested cereal in the summer. They are grazed about 10 weeks after sowing and are hardy enough to be relied upon until January. They have a relatively low dry matter at 10% but they are highly palatable. Hardy turnips should not be confused with stubble turnips. They are different, being slower growing, allowing grazing after 16 weeks but they are more winter hardy.

Forage rape is very palatable and will grow on all soils. It is very similar to stubble turnips in its speed of growth, utilisations and cost. The main difference is that it is bulb free, which makes rape a better choice for older ewes, which can leave their teeth in turnip bulbs.

Kale provides a valuable source of protein but requires a little longer growing period of 20 weeks or more to reach its full potential. It is much better than turnips or rape for fattening lambs but is slightly more expensive to grow. It should be sown by early July to ensure maximum yields. Although there has been some interest in ensiling kale it is mainly used for grazing. Most varieties are winter hardy and can be grazed right through until April.

Swedes are highly digestable and are suited to the north west of England and Scotland where the wetter cooler conditions suit the crop. Like kale they need a minimum of 20 weeks to reach their full potential. Swedes should be sown by mid-June. Graded seed, which must be precision drilled, is usually cheaper as it can be sown at very low seed rates.

One other benefit which is often overlooked is the break which these crops offer to grass farms. Root seeds grow readily in old turf which often harbors pests and weeds detrimental to an immediate re-seed of a ley. Pest cycles can be broken by growing these catch crops. Frit fly and other irritable pests can be disrupted sufficiently so that they become less of a threat to the next sowing of grass.

In summary, these crops are relatively cheap to grow, offer forage when sufficient grass may be unavailable and help to destroy pest and weed cycles when grown between two crops of grass.

by Ian Wilkinson of Cotswold Seeds in Forage Matters

Species of the Week: Maincrop Turnip

Root crops come into their own at this time of year