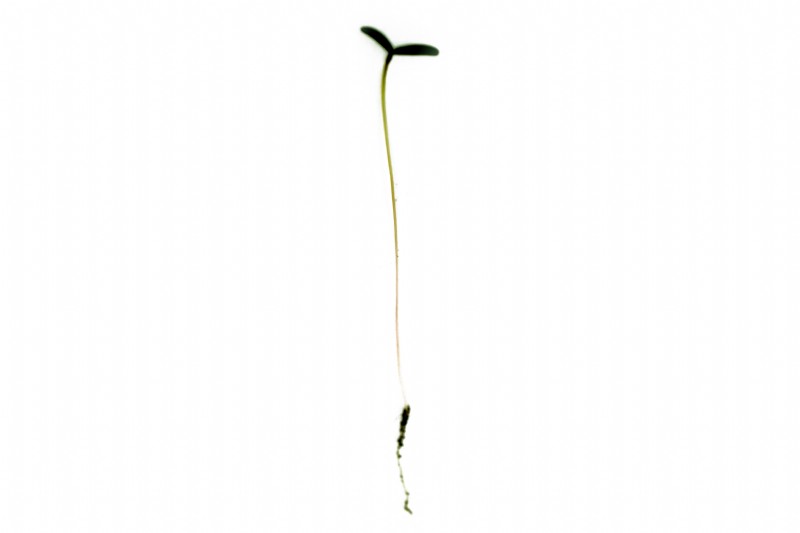 Quinoa has been cultivated for centuries for its small grains. Recently we have seen an emerging market to grow the crop in the Uk. While this market may expand, most commonly the plant is used as a seed bearing species for game covers and wild bird food mixtures under environmental stewardship.

A recent interest in growing it for human consumption, but generally grown for farmland bird food in mixtures.

Quinoa will produce a large amount of very small seeds.

Quinoa is a small seed, which means shallow sowing is essential.

Often sown with other species.

Sow in the spring when the risk of frost has passed, normally late April to May.

Sow in the spring, to allow the full seed yield to mature into the winter.

Seed
Quinoa is a very small, rounded seed. It has a light beige colour and a smooth texture. The seed is approximately 1mm in size.

Seedling
The seedling produces a long crimson coloured stem and a pair of narrow leaved cotyledons. The first true leaves are wider and more triangular to rounded in shape. The leaves have a noticeably mealy, rubbery texture.

Flowering Plant
Quinoa is an erect, upright plant, the stem may have pale strips (green to pale white) running from the base to the top. The leaves are almost triangular in shape, with two wide projects jutting out at each side, the surface is waxy or mealy to the touch. Occasionally a pinkish powdery residue can be seen on the upper surface, towards the leaf base. The seed head is large with a dense cluster of tiny, pale green flowers.

The weed lambs quarters or fat hen can look very similar to the quinoa plant, generally the quinoa plants has wider, bolder leaves. One distinguishing feature is that quinoa cotyledons have a green colour on the underside of the leaf, while fat hen has a purple underside to the leaf.

Quinoa can be sown with other seed bearing species like millet, be mindful of including aggressive species like mustard in large quantities in a mixture. A traditional mixture is kale & quinoa, with an equal split between each species and an overall sowing rate of 3kg per acre / 7.5kg per ha.

Linden Edwards from Monmouth discovered red clover in 2001 and claims that it has revolutionised his farming ...

The key to successful over-seeding is to reduce the competition from the existing sward as much as possible, before ...

As part of our ongoing trials and research at Honeydale Farm, for the past three years now,  we have been ...