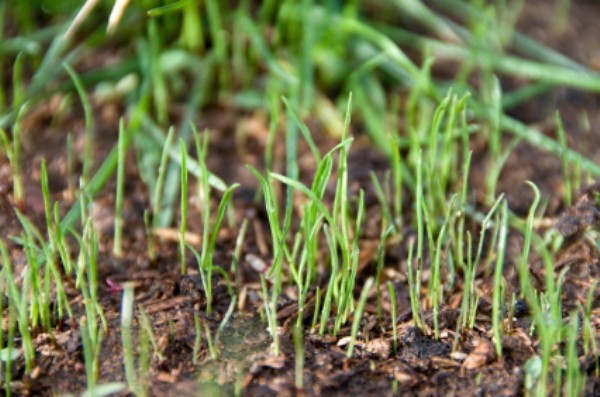 The weather has taken a sudden turn for the worse and Autumn, so slow in coming, seems to have arrived with a burst of rain showers. Not surprisingly, we’ve been getting calls from customers asking what to do if they’ve sown seeds but not yet rolled them. How long can seeds be left between sowing and rolling, if rain sets in? Well, the answer is no more than two to three days. The seeds will have started to germinate, especially if they’ve been watered by the rain, and rolling seedlings will damage the new shoots. However, if the rain doesn’t let up for long enough for you to roll within a few days of sowing, it would be better to leave it until the plants are more established and roll later, taking care not to do it when there’s frost around though, as the plants will be vulnerable to frost after being rolled.