Cotswold Seeds in The Guardian 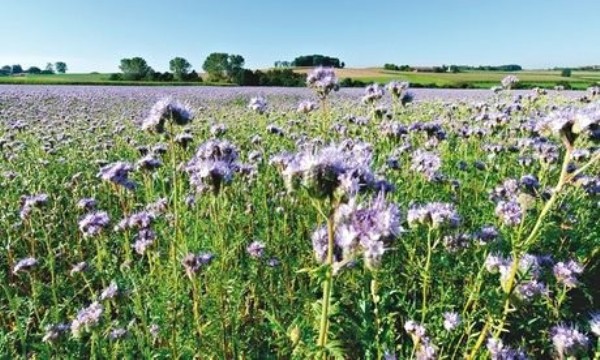 A while ago I said I would write about green manures, but then I came to my senses, realised it was too bloody cold, and crawled back into bed with the flu. Then spring happened and I remembered my great new fact about green manures that I wanted to share.

I heard it from a man called Ian Wilkinson, managing director of Cotswold Seeds when he spoke at this year’s Oxford Real Farming Conference. Green manures are employed chiefly to improve your soil, leaving it in a better place for subsequent crops. These plants are a living version of homemade compost: they can suppress weeds, fix nitrogen, increase water infiltration, help out pollinators, improve phosphate levels and build organic matter. It is not just top growth that matters: you want similar volumes of growth above and underground.

Wilkinson discussed the usual suspects: rye, which scavenges more soil nitrogen than any other green manure; red clovers, which fix nitrogen from the air; quick-growing mustards, which help with weed suppression; and fodder radishes (not much used here, but big in the US). These are all good for improving water infiltration, as their masses of roots help penetrate the soil, improving aeration and water passage. For overall soil improvement – increasing nitrogen and phosphate, drawing up deep-seated minerals and nutrients – you need green manures with deep tap roots. The best choices are chicory (good for grazing animals), vetches, buckwheat (scavenges phosphate in particular), legumes and annual Persian clover (Trifolium resupinatum – good for a short-term nitrogen boost). Leave them in the ground, ideally for more than a year, and they will increase organic matter and thus humus buildup.

However, no single species can do all these things. The answer is to mix the species: a green manure polyculture of three to eight different types brings a 47% increase in yield, both above and below ground. It’s thought that the interaction between mycorrhizal fungi (think of it like broadband, speeding up communication between plants, so they can share resources like water and food) is improved by species diversity. This makes sense, because nature rarely does monocultures.