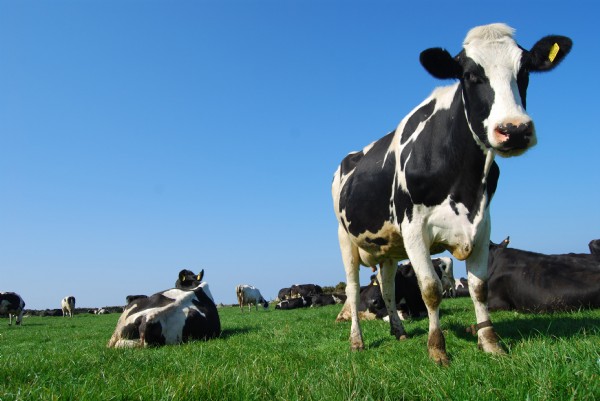 Ironically, it is in the areas that contain most livestock that some of the oldest and least productive grassland is to be found. Ian Wilkinson looks at a simple and effective way of improving tired or worn leys.

New leys are proven to be productive over the short to medium term, but after a few years the sown species content, mainly ryegrass, tends to fall. Typically, after five years a long term ryegrass based ley may contain only 50% of the sown species. The remainder is likely to consist of weed grasses such as bents, meadow-grass and other non-desirables that are not efficient users of nitrogen. In addition, these weed grasses are lower yielding, less palatable and exhibit very poor spring growth when compared with ryegrass. Clearly there is a case to improve the production from such grassland, but at what cost?

One option would be to carry out a complete re-seed, but in these difficult times a cheaper alternative is to over seed. The main advantages of over-seeding are that there is not much interruption to the use of the field and yields can be increased at minimal expense. Conventional re-seeding costs are around £120 per acre or higher when using a contractor. Compare this with over-seeding at £20 per acre (£50/ha) and it’s easy to see why a quarter of all ryegrass seed sown is over-sown into existing swards.

Seeds can be sown at anytime providing soil temperatures are warm enough for germination. This is usually around 5 degrees centigrade, between March and September. It is worth avoiding May, as even poor swards have spring growth peaks, which can be too competitive for emerging seedlings.

Before applying seeds into a thin new ley or an old unproductive pasture, the sward should be tightly grazed. Sheep are ideal as they remove more grass. It also may be necessary at this stage to harrow to create some tilth for the new seeds. A heavy chain harrow is good as it pulls out thatch, moss and shallow rooted weeds.

The seed mixture should contain grasses that grow rapidly from seed. There is little point in sowing slow growing species such as cocksfoot and timothy, which are likely to succumb to the competition around them. It is much better to sow ryegrasses, and in particular tetraploid varieties of the species. Italian and hybrid varieties are good for short term improvement of say two or three years. For a longer term solution use perennial ryegrass. Seed mixtures with a sowing rate of 10kgs per acre will cost around £20 per acre.

The seed can be sown either by broadcasting with a fertiliser distributor or with a specialised drill such as the ‘Aitchison’ or ‘Moore Uni drill’. Most seed is sown by broadcasting and results are generally good. Broadcasting has two benefits. Firstly the seed cannot be sown too deeply which leads to quicker establishment. Also, for most farmers broadcasting will be the cheapest option. However, drills are also good. For most farmers this means hiring a contractor. It is very important to use the right machine. Corn drills are not suitable. For fast establishment the seed must be placed on or just under the surface.

Post sowing management
Once the seeds have germinated the existing grass needs to be grazed to prevent excessive competition. This usually means grazing 4-5 weeks after sowing. Silage or haymaking should be avoided as this invariably shades out the new grasses. A maximum sward height of 4-5 inches should be maintained until fully established. Nitrogen applications should also be delayed as this stimulates excessive growth on the existing sward.

Conclusion
An obvious improvement in yield and in forage quality is obtainable at relatively low cost and risk. However, to get good results it is very important to sow an aggressive seed mixture into an open sward and then to manage the grass so that the new seeds establish well.

Preparation is the key to overseeing