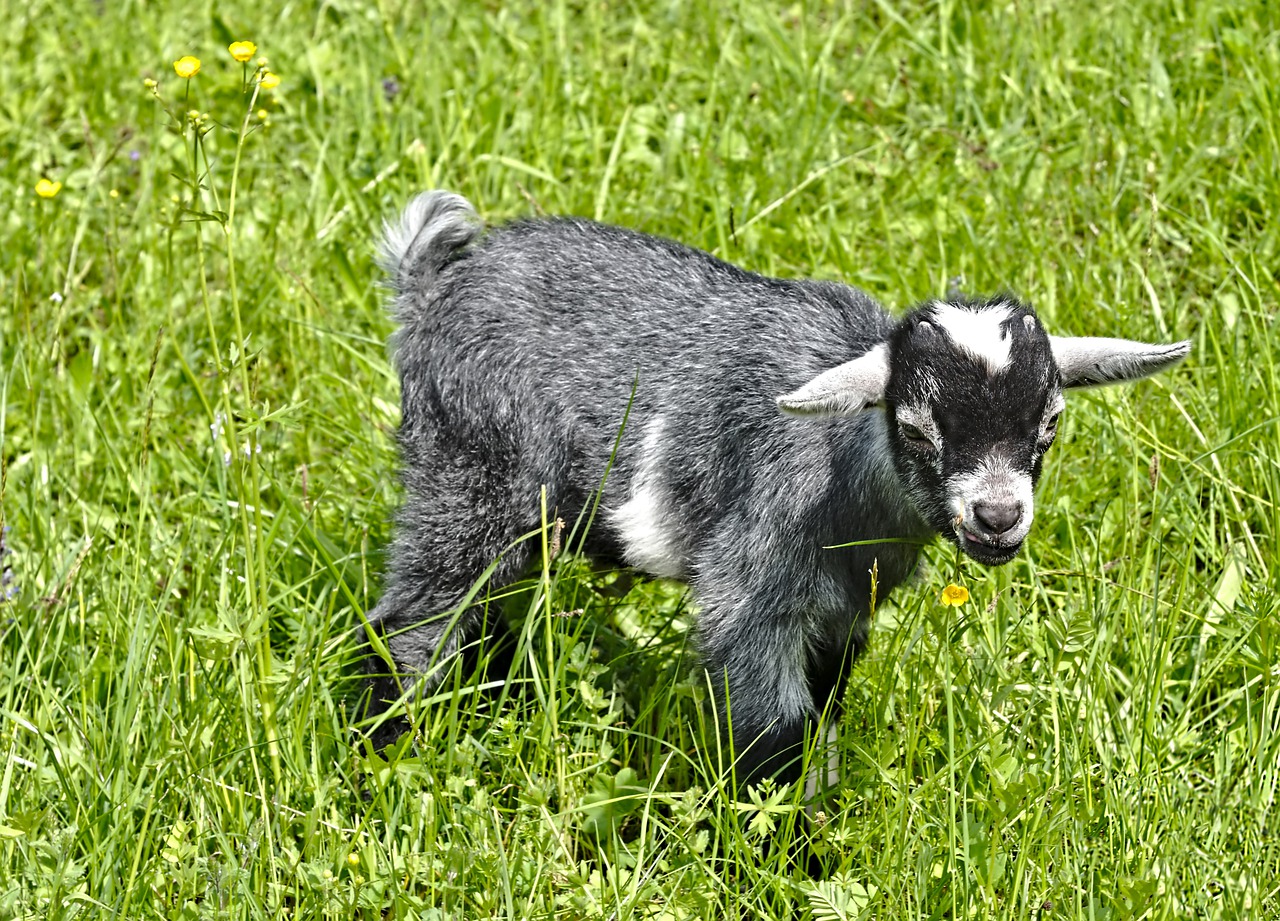 Like most livestock, goats require a diet that is rich in protein and minerals, but the most important consideration when deciding how to feed goats in the field, is the choice of species in the ley mixture that meets the needs of the animals. Goats browse, they do not graze. They tend to nibble the tips off taller plants, sometimes standing on their hind legs on the hedge line to reach taller plants and any parts of trees and shrubs within reach. Goats all but ignore the basal level until they need to.

While goats will eat clover and ryegrass leys, these plants are not their first natural choice. In the wild, goats would select different plants to meet their different dietary requirements and this situation can be mimicked in an enclosed field by growing diverse mixtures such as herbal leys, which provide a smorgasbord of plants with properties that are beneficial to goats.

Simply put, herbal leys contain a diverse mixture of grasses, legumes and herbs. The deep rooting plants, notably chicory, sainfoin, cocksfoot, mine the soil for important nutrients and minerals, making them available to browsing goats and the nutrition given by the herbal ley assists in lowering the need for bought in concentrates. According to goat farmer, Felix Hughes from Thorncombe Boers, goats absolutely love the herbal type ley especially chicory, sainfoin and trefoil, and he uses a bespoke herbal ley which contains a greater percentage of chicory with a smaller amount of yarrow. With deep roots, it’s also drought tolerant. Meanwhile plants such as sainfoin and birdsfoot trefoil, have anthelmintic properties, creating slightly less reliance on artificial wormers. Felix Hughes says his cake bills have plummeted since he’s been using herbal leys and legume haylage, and he’s also been able to avoid drenching as FEC’s have indicated . Anthelmintic forages may well help those who have less ground and do not have that luxury of a timely rotation.

One of the primary benefits of herbal leys is that the different species all grow at different times and with different heading and rooting depths, so extending the growing season. ​Herbal leys can also be cut for winter haylage/silage/hay, so providing protein and mineral rich fodder all year round. Having said that , Felix has also explained that a cutting version needs a narrower window for heading dates so the benefit of all is in the bale, especially as chicory can bolt and be a challenge to graze, even for goats.

Stocking rates for goats on herbal leys is variable and depends on many factors however 15 animals per hectare is quite achievable and they can also be mob-stocked with ease.