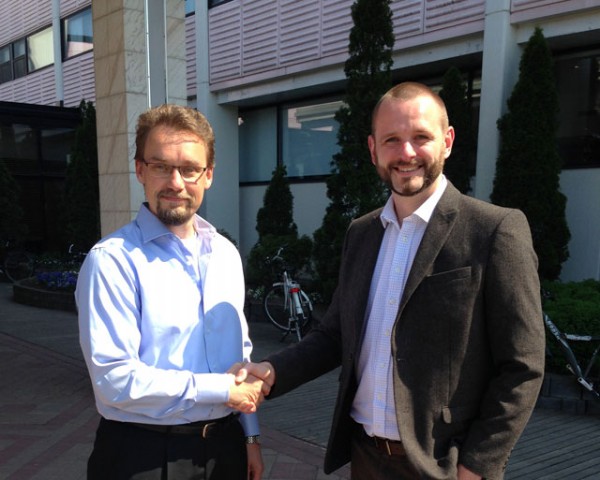 Paul Totterdell, Assistant Manager at Cotswold Seeds, visited Finland this month as part of our continued involvement in the LegumePlus project. The latest project meeting was hosted by the Finnish partners from The University of Turku, headed by Professor Juha-Pekka Salminen.

Legume Plus is  a four year research project to investigate how bioactive forage legumes, in particular sainfoin and birdsfoot trefoil, can improve protein utilisation in ruminant livestock farming and also the way in which these plants can improve nitrogen use, methane emissions and ultimate food quality with a focus on milk, cheese and meat. As the primary  commercial associate partner in the business of selling seed, our role is to disseminate the results of the research, particularly to the agricultural community, advising farmers on how best to use it to their benefit.  We also advise on the agronomy of the seeds and supply them for testing, as well as providing background on current usage and methods.

Guest speakers at the meeting were from the University of Mississippi and Copenhagen. Professor Daneel Ferreira, based in Mississippi is an international expert in tannin research, and summarised a number of important factors which should be considered by researchers when carrying out studies into the chemical structures of tannins in their various guises.  His own findings over the past 40 years have contributed significantly to both the Healthy Hay and LegumePlus projects and his lecture was clearly inspiring for the researchers, most of which are in the early stages of their career.

Our other guest speaker, Andrew Williams from Copenhagen University, has been studying the benefits of tannins on nematode populations, specifically in pigs.  His research has demonstrated how tannins could be helping to boost the natural immune system of the host to fight against worms, as well as the tannins acting on the worms directly.

During the meeting the LegumePlus PhD researchers were required to give presentations to show their progress so far, and as usual there were prizes for the best performances.  This time Ms. Marica Engstroem and Mr. Guiseppe Copani were awarded prizes by Prof. Daneel Ferreira for their excellent presentations.

Legumes: Difficult for Farmers to Resist