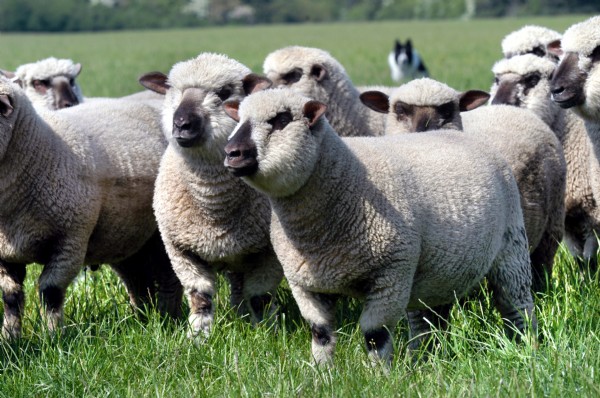 Dr. John Frame, fellow of the Linnean Society and a past president of the British Grasssland Society, and Scott Laidlaw, a recipient of the BGS award, explain how to extend the grazing season.

To sustain the viability of dairy farms it is necessary to adopt low cost production systems in place of high fixed-cost/variable-cost systems. This requires better all-round grassland management. Within this, out-of-season grazing is a proven technique capable of significantly lowering milk production costs and improving the profitability of dairying. While most research and development has been geared towards dairy cow management, the concept of extending the grazing season is being assessed for intensive beef production systems and promising results are emerging.

In the UK and Ireland current interest in grazing grassland with dairy cows outwith the normal grazing season has been stimulated by the following advantages:

The concept of out-of-season grazing is not new but rather a rediscovery or remodelling of previous practices – late bite, autumn foggage, early bite – neglected in the recent past because of the ascendancy of silage conservation. The difference today is the integration of the concept with improved forward planning and management of grassland allied to maximum use of grazed grass as the primary aim, though not neglecting the key role of silage.

Grass availability out-of-season
Grass for grazing in late autumn/early winter comes either from growth during this period, from grass grown during the main growing season and saved, or from a combination of the two. Grass for the late winter/early spring comes from growth during this period, though it is influenced by the previous year’s out-of-season management. For both situations, high grass quality, with metabolizable energy (ME) of 10.0-11.0 MJ/kg DM can be achieved.

Climatic Factors
The effect of weather on grass growth is complex. At low temperatures of less than 11 degrees C, growth is directly related to temperature, while above this value, light becomes increasingly important. Therefore, the main factor limiting grass growth outside the normal grazing season is temperature. Consequently the average daily growth of grass in late season ranges from 3 kg/ha of dry matter (DM) in north-east Scotland to 11 kg/ha DM in south-west Ireland. These values represent 6 per cent and 14 per cent respectively, of total annual production for these areas. In most areas of the British Isles there is little possibility of grass growth in late autumn/early winter meeting the total nutrient requirements of stock. Therefore, it is necessary to save some of the grass grown in the normal grazing season and defer its utilization. As light intensity declines progressively through autumn, grass growth rate decreases and the ceiling yield – maximum reached which will not increase even if regrowth interval is lengthened – becomes progressively lower.

Management Factors
Grass growth does not respond well to applied fertiliser N in autumn but to ensure adequate grass yield, 40-60 kg N/ha applied up to mid-August in northern areas and up to mid-September in southern areas may be necessary. Later application is uneconomic and there is a danger of N leaching contributing to groundwater contamination, or of N losses to the atmosphere by denitrification. On grassland highly N-fertilised and intensively-stocked during summer, further N application may be unnecessary. High soil N levels in autumn may also stimulate a flush of soft, high-moisture grass, which if not well-utilized, can lead to winter damage or winter kill of the sward. The main sward types used in the British Isles are perennial ryegrass-based and these have proved suitable for autumn/winter utilization. In the past, less nutritious coarser grasses such as cocksfoot and tall fescue proved suitable as autumn foggage for winter grazing of young stock.

In mild western areas making sufficient grazing ground available is usually achieved by gradually increasing the rotation length from 3-4 weeks in August to 8 weeks after paddocks are grazed in late September and by adding silage aftermath areas. The principle is the same for other regions but account has to be taken of the different seasonal patterns of grass growth. As insurance it is always advisable to have sufficient silage to cope with very wet autumns and/or cold springs.

A target grass yield for late autumn/early winter grazing is 2.5.-3.0 t/ha DM, equivalent to a sward surface height of 12-14cm and representing 1.5-2.0 t/ha of utilizable DM. Accumulating more grass than this causes grass leaf senescence to exceed the rate of production of new leaves and this results in a build-up of dead material of low acceptability to stock and poor feeding value. Also, because of a reduction in the sward population of tillers regrowth the following sprint is decreased. Any damage from frost will add to these problems.

Fields with a sheltered southerly aspect and light-textured, free draining soils are normally the first to grow with the rise in spring temperatures. Italian, hybrid and perennial ryegrasses are the earliest growing species within which there are varieties with above-average early spring growth and so suitable seed mixtures can be formulated. In Northern Ireland trials fertiliser N application did not stimulate an early yield response from autumn-grazed swards but a response to moderate N application could be expected on previously-cut swards unless they have already received a dressing of slurry. Most experience of yield response in spring to N has been for normal full-time turn-out and so more information on the role of N for ‘ultra early’ grass production is desirable.

Grass growth in early spring is strongly influenced by the previous autumn/winter grazing. Swards earliest-grazed the previous autumn grow earliest and most vigorously provided they have been well-utilized – to a stubble height of 5-6cm, equivalent to a grass cover of about 1.5 t/ha DM; the spring growth of swards grazed later in autumn can benefit from leaving a stubble of about 9-10cm. Grazing by sheep on swards already autumn grazed by cows is best avoided if early spring grazing is to be maximised. However sheep may be used to clear up surplus grass by grazing in rotation following the cow grazing rotation but only for short periods and not over-grazing.

Utilizing out-of-season grass
The concept of grazing grass all year at low cost is fully developed in New Zealand. The guidelines tried and tested there have been adapted through research and practical experience for the conditions in the British Isles. For late autumn/early winter grazing these are:

The concept was developed mainly for use in rotational grazing systems but it can also be adapted to suit set or continuous stocking systems; for example, at The Scottish Agricultural College’s Crichton Royal Farm in southern Scotland this was achieved on grass/white clover swards which grow vigorously in late season, by shutting off about 40% of the total grassland area in late August, part from the summer-grazed area and part after third cut silage. The deferred area was strip-grazed for 3 hours/day from 1st October to 6th December commencing with 45 cows per 0.2ha strip and with grazing pressure gradually declining to 50 cows per 0.25ha strip. Estimated saving in silage per cow was 4 kg DM/day, equivalent to about 16-20 kg/day fresh silage.

The guidelines for grazing in early spring are virtually the same as for the previous late season. The difference is the increase in grass growth with advancing season and so the grazing pressure has to be correspondingly increased by using progressively smaller areas for the 2-3 hour grazing periods. Swards should be grazed down to a 5-6cm stubble. This early grazing will not bias the later spring growth which will be conventionally N-fertilized. It is important to graze this later spring growth tightly by increasing grazing pressure and allocating areas with surplus grass for silage. This ensures the development of vigorous densely-tillered and leafy swards in summer with consequent benefit to milk production and the setting-up once again of a grass reserve in autumn.

Animal performance - The Importance of Grazed Grass
At the Hillsborough Agricultural Research Institute, Northern Ireland trial work showed that daily grass DM intake of dairy cows in November over 3 hour/day grazing periods on the accumulated grass was 1.4-1.5kg DM/hour. Silage intake was reduced by about 38 per cent and milk yield increased by over 2 litres/day compared with that of cows not given access to grass swards. Fat and protein increased in the milk of spring-calving cows whereas the milk quality of autumn calved cows was not affected (see Table 1). In the same investigation continued into spring, cows on a grass silage and concentrate (4kg/day) diet were allowed access to grass swards for 2.5 hours daily from late February to mid-March and this resulted in a bonus of 2.2 litres/cow/day compared with the indoor-fed cows. Milk protein increased by 0.34 and 0.48 percentage units for autumn – and late winter-calved cows, respectively, while corresponding silage DM intake was reduced by 2.3 and 2.8 kg/cow/day (see Table 2). This benefit of grazed grass in early spring has also been demonstrated in a study in southern Ireland in which dairy cows grazing for 6 hours daily required less concentrates (4 kg/cow/day) than those receiving grass silage as the only forage in the diet.

Too Early to Sow?