After so many weeks of hot, dry weather, it’s quite hard to imagine what conditions were like at the start of the spring, when the atypical cold spell and last heavy days of rain were causing us problems.

Firstly, sowing was delayed because the soil wasn’t warm enough, and then, on the 25th May, when we did sow our herbal ley (year 1 of the 8 year rotation) and the wild bird seed/green manure mix (year 8 of the rotation), it rained heavily the day afterwards, which turned out to be the last rain we’d see for a good while, and remained wet for a few days. We ring-rolled the wild bird seed which worked well but when we rolled the herbal ley, we ended up overworking and capping the soil, which has never happened to us on the farm before, and it set as hard as concrete. Fortunately the seeds germinated within a week and managed to establish. 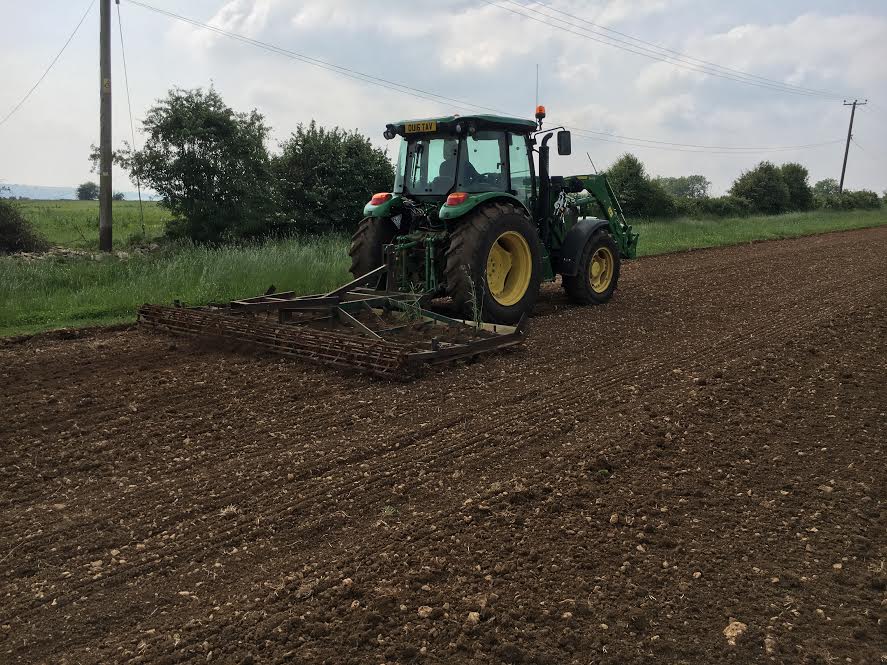 Now though, it’s the other extreme, and it’s lack of moisture that’s the problem. After eight weeks without rain, there’s good regrowth on the herbal leys but no ryegrass left. The species that put down roots fast - sainfoin and bird's foot trefoil - are are faring well, while the buckwheat is really struggling. 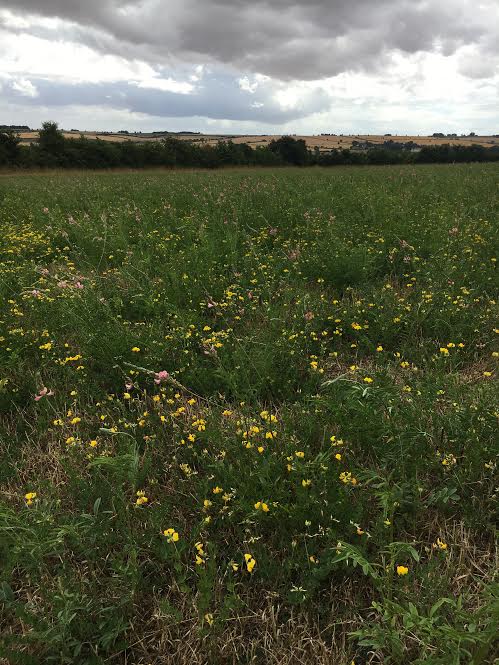 The Spring Wheat (year 5 of the rotation) which went in after a herbal ley, has come up well too, thought it was undersown with white clover and yellow trefoil which is being restricted by lack of moisture and only just hanging on in there.

The heritage wheat, however, looks amazing. This was an experimental sowing, with seed supplied by Rupert Dunn or Torth y Tir Baker,  containing eighteen different varieties of winter wheat. We are aiming to achieve a natural selection of wheat for the farm, using epigenetics, to combine for bread-making.

As part of our ongoing trial work with multispecies mixtures for Reading University, Rothamsted and Duchy College, the trial plots have been cut for silage. We had a little trouble with the spiky stalks of the sainfoin and chicory stubble which punctured the wrap so we moved the bales to the grass only margin and wrapped them there. 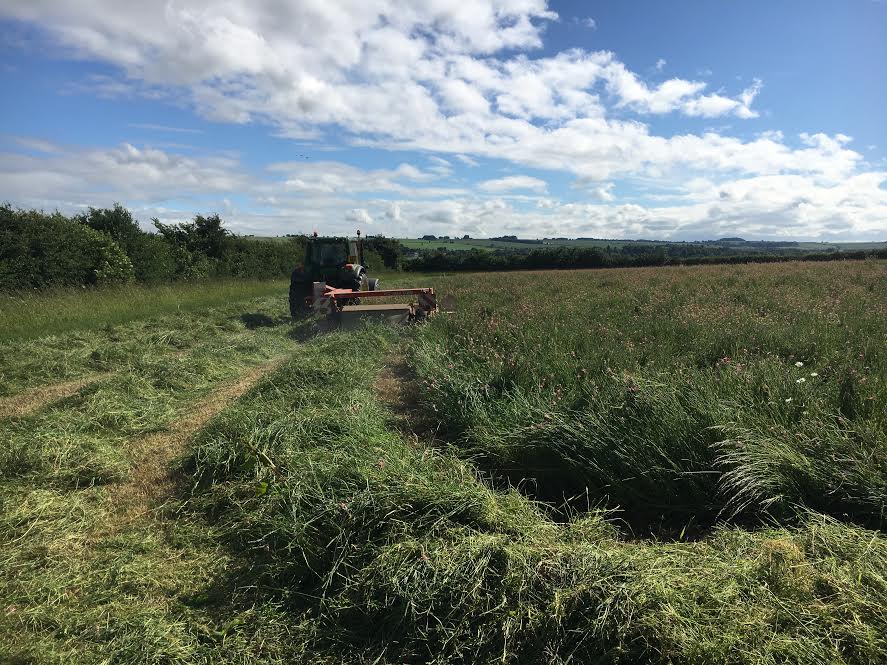 We cut the sainfoin for hay in early June and it produced 150 small bales per acre. It was cut when still in flower to keep the leaf longer and the dew on the ground also made it more supple. We used an old-fashioned Vicon Acrobat hay rake to turn it, which worked really well. 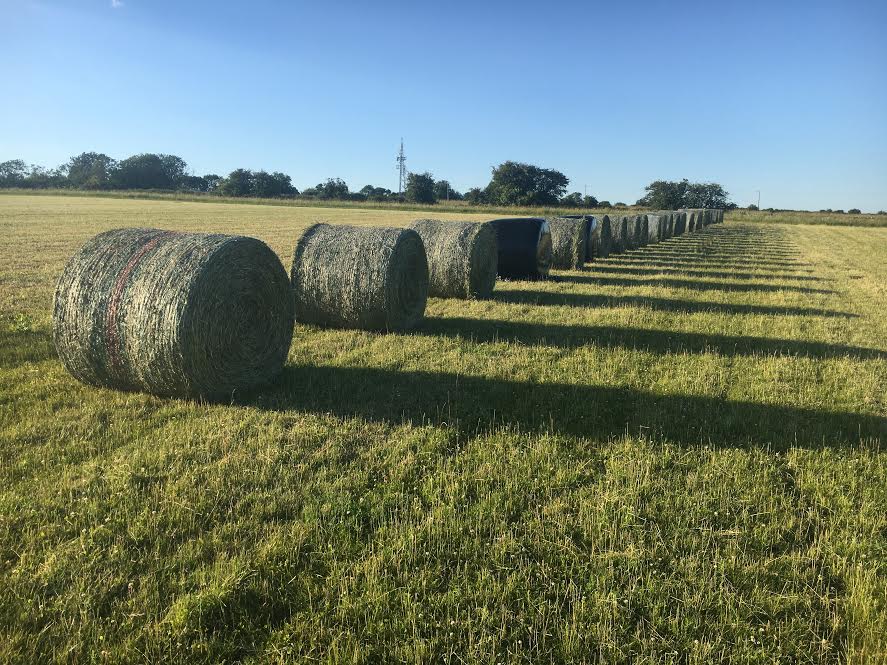 In our ongoing quest to discover more about the benefits of herbal leys, Nicola Smith who works for the National Sheep Association and ORC, conducting post-graduate research into anthelmintic properties of herbal leys. She has been mob-grazing our herbal ley with one flock of sheep, and mob-grazing the permanent pasture under the new orchard with another flock to compare the pesticide/worm burden of ewe lambs on the two different forages. She has been gathering sheep dung for samples and weighing the ewes every two weeks. The trial began two months ago and is due to finish next week, so we’re looking forward to seeing the results. We’re also looking forward to seeing some more rain!